You are here: Home1 / Iñaki Castañer

Iñaki Castañer – Professional sailor, 9 times world champion and winner of 30 national awards,
puts all his nautical and team management experience at your disposal.

As winner of 9 world titles and over 30 national sailing trophies, apart from his successful entrepeneurship in the nautical world, Iñaki Castañer offers invaluable experience when it comes to advising amateurs and professional sailors alike. Equally, as an expert racing sailor he understands the concepts of team coordination and team effort to perfection as key processes for success; knowlege which he regularly shares and teaches in Corporate Teambuilding Activities designed by himself.

Currently Iñaki Castañer runs his own company I. Castañer Yachts Brokerage and Charter and is also representative of North Sails, world leader in the sail manufacturing sector. He has specialized in the management of racing teams and the coordination of sailing related sports events, competing in today’s most important national and international races. 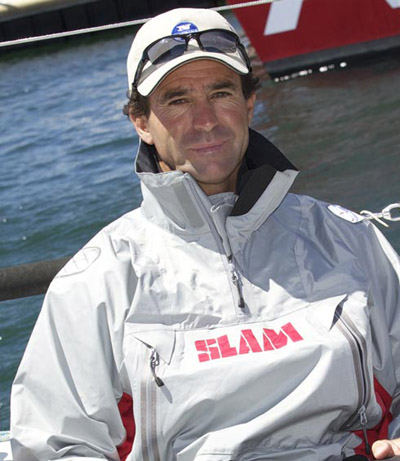 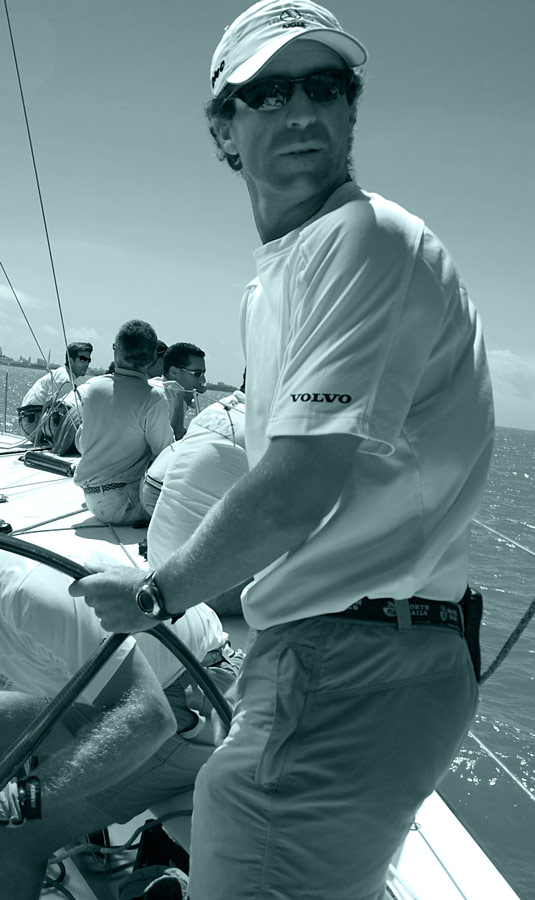 Iñaki Castañer, professional sailor, holder of 8 World Championship titles and currently CEO of I. Castañer Yachts Brokerage and Charter. This company focuses on Brokerage of Sailing Yachts, with distribution of several leading brands such as Solaris, Dehler, Hanse, Bali Catamarans and North Sails, and a portfolio of recommended second hand yachts selected with expert criteria. In addition Iñaki Castañer still operates as a consultant specialized in the management of racing teams and coordination of sailing related sports events and continues to compete in the world’s most important races.

He started to sail professionally as part of the Spanish Navy aboard the Sirius III and Sirius IV in 1986 and 1987 winning 2 world sub-championships in the One Tonner class. In 1987 and 1988 he was hired by the Spanish Navy as the civilian responsible for the construction and preparation of the first Spanish Maxi in the history of regattas, named Hispania. In 1989 he was selected by the company Tabacalera to become part of the crew representing Spain aboard of the Maxi Fortuna in the Whitbread Round the World Race.

From 1990 to 1992, Iñaki Castañer sailed with the Bribón, mastered by HRH Juan Carlos I, winning 2 titles of the King’s Sailing World Cup (Copa del Rey de Vela). In 1990 he achieved, in the role of skipper of the Danish ship Lone, the frst position in the ¾ Ton World Championship and the trophy of the King’s World Cup. In 1991, 1992 and 1993, he won the ¾ Ton World Championships and the ½ Ton World Championship on the “Mar Frío”, in Italy.
From 1991 to 1995, Iñaki Castañer was responsible for establishing the basis and the team of the first America’s Cup Spanish teams, as the crew coordinator and manouver master on board of “España 92”, in 1992, and “Rioja de España” in 1995, in San Diego (USA).

Since 1993, after completing the European Sailing Tour on board of the “Galicia 93”, he started organising his own projects as skipper and sports director. From 2000 to 2008, Iñaki Castañer coordinated the construction and management of his 14 regatta boats; and between 2006 and 2009 he managed and participated together with ONO, his sponsor for 9 years, as skipper and sports director in the most important regatta circuit of the world, the MED CUP, aboard the TP 52 “ONO”.

Since 2009, Castañer was responsible for organising and managing British sailing teams in international circuits such as GBR Peninsula Petroleum (GP 42 and RC 44.) and Aegir (MINI MAXI). In both teams, Castañer’s worked as tactician and skipper in the Match Race modality. During seasons 2013-2014, he obtained outstanding positions in Spain and South America’s most important regattas, coming first as skipper aboard the Soto 40 Apolonia in Chile, one of the most prestigious regattas in South America held in Patagonia (Chile), and third in Europe’s ORC Championship (Valencia). He also came first aboard the Xp 38 in the Conde de Godó Trophy and Palma Sailing Trophy, and second in Copa del Rey.

The following seasons 2015 and 2016 Iñaki has taken part in the entire Mediterranean Circuit aboard the British vessel Koyama, standing out in the ORC World Championship and the “Copa del Rey de Vela”. He also participated as tactician aboard the Xp 38 “Extreme Ways” with an American crew, obtaining first place in the Conde de Godó 2015, third place at the ORC European World Championship in Greece and first place at Marmaris Race Week 2016 in Turkey. Following these lines, as tactician and project manager aboard the Baltic 47 “Klasajan” he reached first place in the Trofeo Sant Joan.

In 2017, Iñaki Castañer was appointed official commentator for RTVE (Spanish State Television) for the America’s Cup 2017. In the realm of competition he attained multiple victories, including 1st place in the Ruta de la Sal regatta as tactician aboard the new Baltic 61 “Klasajan”; 1st place aboard the Soto 40 “Castañer Yachts” as skipper in the Intercontinental Trophy Marbella-Ceuta, 1st. place as tactician aboard the Xp 38 “Extreme Ways” at the Mamaris Race week and further 1st place at Egean Race Week, 1st place aboard the 6M “Maybe” at Prince of Asturias Trophy and HRH King Juan Carlos Trophy. The season culminated with the victory of the 6M World Championship in Vancouver, Canada, aboard the 6m “Bribón” with HRH King Don Juan Carlos.

In 2019 it is worth mentioning his participation as a tactician and sport director in the St. Maarten Heineken Trophy aboard the «X-Patriate» where he got a 3rd. place, with an entire American crew. Also win a 2nd place in the City of Malaga Trophy, aboard of Dehler 36 “Aquilón” and a first place aboard Baltic 61 Clajasan in the San Joan Regatta. First place in the 6 M World Championship on board of Bribón de Y.M. King Don Juan Carlos in waters of Finland, and a third place on board the Swan 65 “Six Jaguar” boat at the MAXIS World Cup Puerto Cervo in Italy.

This website, whose manager is Castaner Yachts, uses its own and third-party cookies to perform analysis of use and measurement of our website to obtain statistical data on your browsing and improve our services. You can accept all cookies by clicking ACCEPT ALL. You can also REJECT or some of them by clicking COOKIES SETTING, from this panel you can configure the cookies that the website can install in your browser, except for technical or functional cookies that are necessary for browsing and using the different options or services that are offered. More information in our COOKIES POLICY.

We may request cookies to be set on your device. We use cookies to let us know when you visit our websites, how you interact with us, to enrich your user experience, and to customize your relationship with our website.

Click on the different category headings to find out more. You can also change some of your preferences. Note that blocking some types of cookies may impact your experience on our websites and the services we are able to offer.

They are essential so that you can move around a web page and use its functions. Without these cookies, you will not be able to offer the services you demand, for example, remembering previous actions (such as the text entered) when you return to a page without having logged out.

For security reasons, we cannot display or modify cookies from other domains. You can check them in the security settings of your browser.

To compile statistics on the use of this website, we use cookies in order to know the level of recurrence of our visitors and the content that is most interesting. In this way we can concentrate our efforts on improving the most visited areas and make it easier for the user to find what they are looking for. The information of your visit can be used on this website to carry out evaluations and statistical calculations on anonymous data, as well as to guarantee the continuity of the service or to make improvements to its websites. For more details, see the following link the privacy policy https://www.google.com/intl/es/policies/privacy/

If you do not want us to track your visit to our site, you can disable tracking in your browser here: